Libman introduced the new Freedom Mop in 2011. In addition to advertising, they were looking for effective tools to generate awareness, trial, and purchase, as well as build long term loyalty to the brand. To do this, Geronimo developed and implemented an integrated program that used an in-store tour to generate content for social media at the same time it did consumer sampling and education. Key thematic elements were freedom, family and America. The name of the tour was called The Libman Freedom Tour.

The Tour Reached Thousands with Incentives to Purchase

At the heart of the program, a mother/niece team made a twelve week tour of America. Starting in New York, they visited 14 major markets and a group of national monuments and historical sites along the way. Each week they visited retail stores and high profile events in these markets to pass out information and rebates on the Freedom Mop, and videotaped consumers in front of a backdrop as they answered the question: What person or thing in your family represents Freedom to you and why? 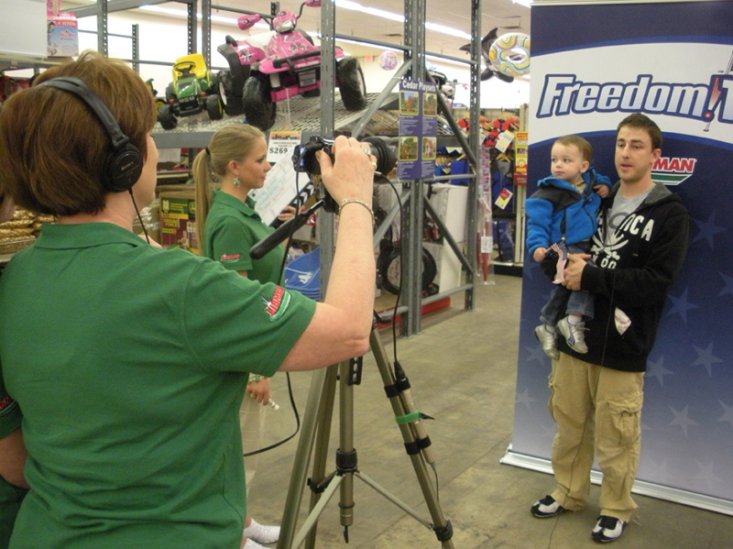 What does Freedom mean to you? 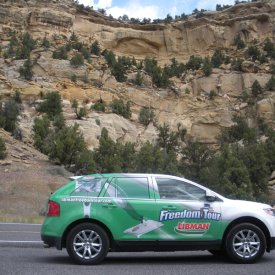 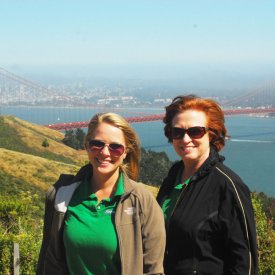 At the Golden Gate Bridge 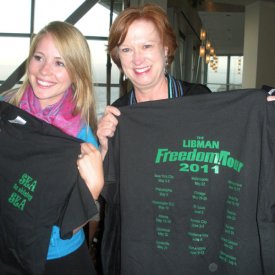 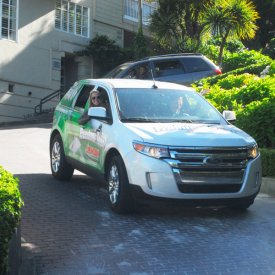 Each week, the best videos from each market appeared on Libman’s Facebook page with links to/from the Libman home page. Consumers from around the country were encouraged to post video entries also. At the end of the tour, we selected 14 finalists based on the following criteria: creativity, clarity of video and audio, relevance of content to questions and compelling nature of the video. Each finalist’s video was posted, and consumers were asked to vote for the best. The winner of the contest got their own Freedom Tour consisting of a customized trip to any three cities in the continental US or a cash alternative.

The tour also offered multiple opportunities for announcements, publicity and on-line consumer interaction: pre-tour, during-tour, and post-tour. The search for the mother/daughter team itself generated press as we lead up to the tour. During the tour, our mother and daughter posted daily blogs and photos recounting their observations and experiences. Weekly video diary entries added further to the content and interest. At the conclusion, the consumer voting and announcements of the winners generated participation. Finally, we used the video footage to create a special Freedom Montage for the Libman FaceBook page and Libman Home Page.